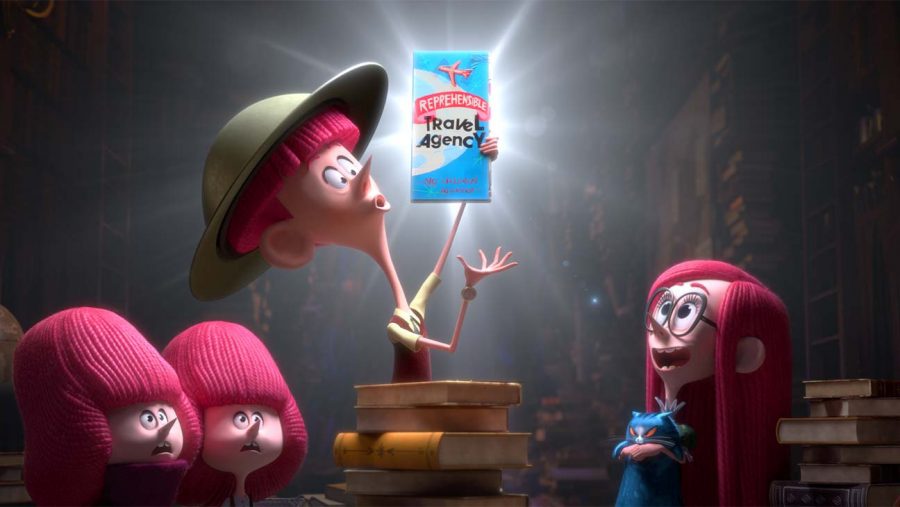 Bright colors, upbeat music, and an exciting plot helps to make”The Willoughbys” unique and exciting for all viewers.

"The Willoughbys" uses fun colors and an exciting plot to keep the attention of all viewers, young and old alike.

“The Willoughbys” Came out in April of this year and features a very impressive cast, including Alessia Cara, Terry Cruz, and Maya Rudolf to name a few. The production was led by Kris Pearn, who is also known for the “Cloudy With a Chance of Meatballs” movies.

The first time I watched this movie was with two of my younger siblings in the middle of an epic pillow fort we had built. Neither of them can ever seem to sit through an entire movie, but somehow both of them made it all the way to the end and loved every second of it. The story depicts four neglected children and their quest to find new parents that will love and support them, unlike their birth parents. Their journey is long, but it has many twists and turns that will help to keep younger kids interested in the movie for longer than 5 minutes.

The animation style of “The Willoughbys” seems to be a perfect mix of computer animation and stop motion styles. It’s almost like a Tim Burton film, but there is much more color and it’s nowhere near as dark. This film looks entirely unique as well and it’s not just a copy pasted version of every other animated movie that has come out within the past few years.

Another thing that absolutely has to be mentioned is the soundtrack. There are a lot of repeated melodies throughout the whole duration of the film, some are subtle, but they help to tie everything together and relate specific moments to each other. The music in this movie helps to highlight and solidify the mood of each individual scene, and it all comes together perfectly in the end.

The use of repetition throughout the movie is also worth taking note of. There are a few gimmicks and jokes that appear more than once throughout the film. Often when movies try to do this, it gets old fast and can make it feel like they weren’t really trying. But “The Willoughbys” uses repetition in such a way that it doesn’t get stale.

“The Willoughbys” is a perfect movie to watch with the whole family over winter break. It will keep everyone entertained, especially if younger kids are involved. If my angsty middle school aged siblings could enjoy it, that means nearly anyone can.

“The Willoughbys” Is available to watch on Netflix.