Every year one of the biggest debates comes around after Halloween: does Christmas start in November? Many people begin setting up Christmas decorations, listening to Christmas music, and drinking their favorite Christmas beverages like hot cocoa or peppermint mochas. This annoys others, who like their pumpkin spice lattes and wait for the Christmas setup until after Thanksgiving.

This debate as to whether Christmas can be celebrated too early or not has been debated for years—and, this year, feels bigger than ever. 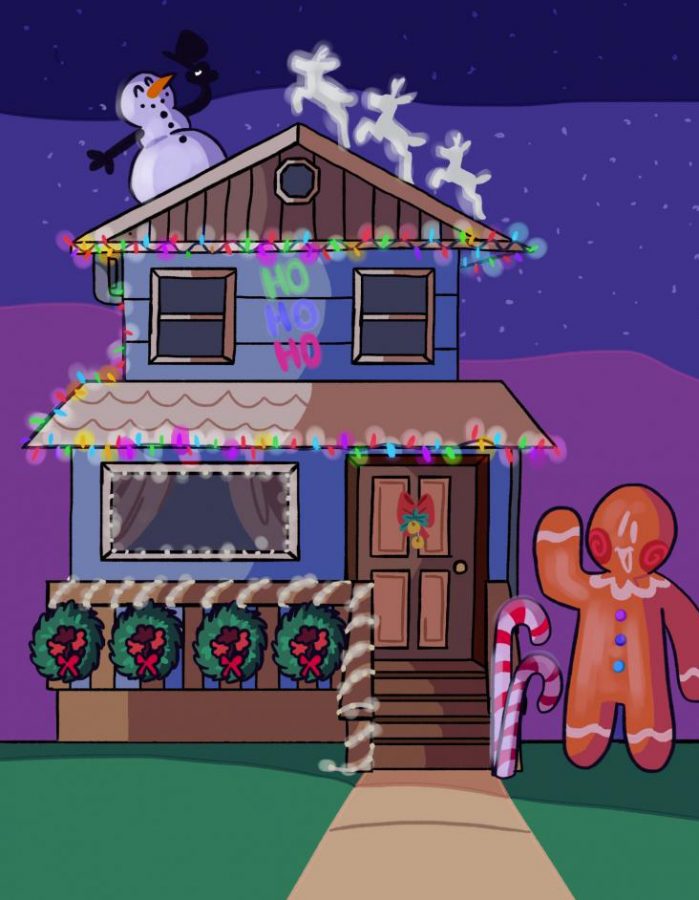 Right as the Halloween decorations come down, it only makes sense to put up Christmas decorations. Why not make the most wonderful time of year a little longer?

Time to break out the Christmas Spotify playlist! What could be better than getting ready for the most wonderful time of year? When it’s November 1, Halloween is old news and it’s time to prepare.

Some people like to start getting in the holiday spirit right after Halloween, but others… not so much. It’s best to get started right away! There’s nothing wrong with spreading more Christmas joy, and it may even have some personal benefits!

In fact, Christmas music can be good for your mental health. According to Narcity, “The feeling associated when listening to music can be sorted into two categories, perceived emotions, (when we appreciate the emotional tone of the piece, but not feel that emotion ourselves) and felt emotions. Felt emotions are when we connect to the feeling behind the piece we are listening to and it can impact our emotional state.” Christmas music can raise these felt emotions to lower stress levels and make us happier, just like other holiday activities can!

How soon people start decorating has a lot to do with their psychological state as well. In the Journal of Environmental Psychology, a study showed that people who start decorating earlier are perceived to be more friendly as well as have nostalgic feelings. Lots of kids, teens, and adults love nostalgia. A poll of 200 MCHS students and found that 87% of them are ready to start getting in the holiday spirit! However, this isn’t the only benefit of decorating sooner.

Decorating early is not just fun, but also much safer. Since there’s usually an abundance of snow and ice in the midwest it’s better to put the lights up before that. The CDC reports that, “One out of five falls causes a serious injury such as broken bones or a head injury.” So if you can avoid the ice and snow by decorating early, you can reduce your risk of injury.

Some will argue that getting ready for Christmas in early November will skip over the importance of Thanksgiving. However, Thanksgiving is defined as “an act of giving thanks; an expression of gratitude, especially to God.” Christmas is not much different! Plus it’s not like you can’t celebrate Thanksgiving, even if you’ve decorated for Christmas just use that day as a break so you don’t get burnt out!

This year is the most important year to spread love and joy with everything happening in the world. Don’t be a Grinch — embrace the Christmas spirit! 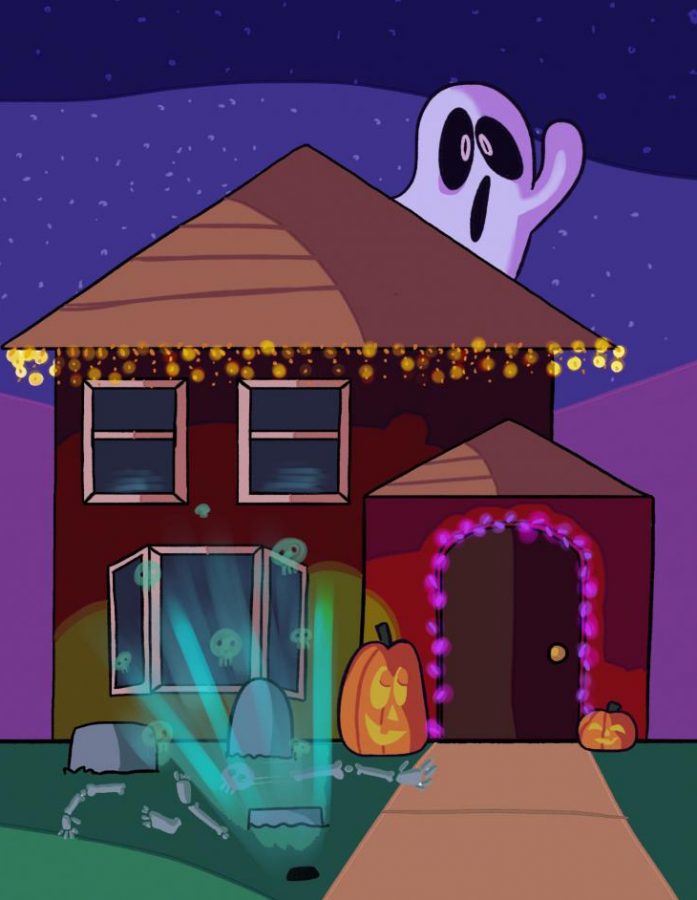 There’s a holiday between Halloween and Christmas called Thanksgiving. Let’s celebrate each of these holidays one at a time and make the most out of them.

Con: Let’s celebrate one holiday at a time

During the beginning of November, people already string lights and hang wreaths. Although the holiday gets everyone excited, it’s no fun to rush it. With Halloween just ending and Thanksgiving still to come, the Christmas decor can wait a few more weeks.

Stores make lots of money during the holiday season which is the reason most are advertising decor earlier and earlier every year. This allows people to go out and get their Christmas decorations as early as October! Although stores make it seem normal to start following Halloween, sources say the most popular and socially acceptable time to decorate, is the weekend after Thanksgiving.

Setting up Christmas decorations in early November ends up neglecting Thanksgiving. The holiday has its own decorations and period to celebrate. So we shouldn’t let Christmas, which is almost 2 months away tamper with it. “Now is the moment for reveling in fall leaves and cozy sweaters and apple cider—and then, in a week or two, the early stages of Thanksgiving menu planning. I’m in no hurry to usher in Christmas, because before we know it—in the blink of an eye!—the holiday season will all be over,” says Ariana Davis from Oprah Magazine.

Decorating early also dwindles the special feeling the Christmas season brings by only happening for a short time once a year. Starting as soon as Halloween ends, will leave decorations sitting there to collect dust as you wait nearly two months for the holiday to actually come. “Part of what makes the holiday season so special is that it’s just that—special. It’s a brief, magical period during the year when we all get to unapologetically indulge our childlike selves,” exclaims Davis. Rushing to hang decorations makes the holiday less special especially when you’re still snacking on Halloween candy.

Especially during the holidays, society moves at such a fast pace that sometimes people don’t sit down and enjoy every moment given. This is why we shouldn’t rush the holidays by starting too early, but instead take time to enjoy every season while they last. Amy Salter from Al.com explains, “I feel like we as a society always look for and plan for what’s next instead of stopping and enjoying the present moments that God has given us,” she said. “We live in a very fast pace and just don’t stop to enjoy and give thanks for what we have and the moments we are given.”

“Christmas creates such a sense of wonder, and why wouldn’t you want to experience that as long as possible?” says Amy Mayfield from Al.com. This is true, Christmas is an exciting holiday that brings nostalgia and joy for many. However, by starting as soon as possible you end up passing by Thanksgiving and waiting longer. There’s no need to start during the fall season when you will have plenty of time to celebrate.

Always thinking about what’s coming next makes it difficult for people to stop and enjoy what’s right in front of them. This is the same with decorating early, trying to rush past the fall months won’t bring you to Christmas any sooner. So instead, take a moment to enjoy every holiday and season before they’re over.