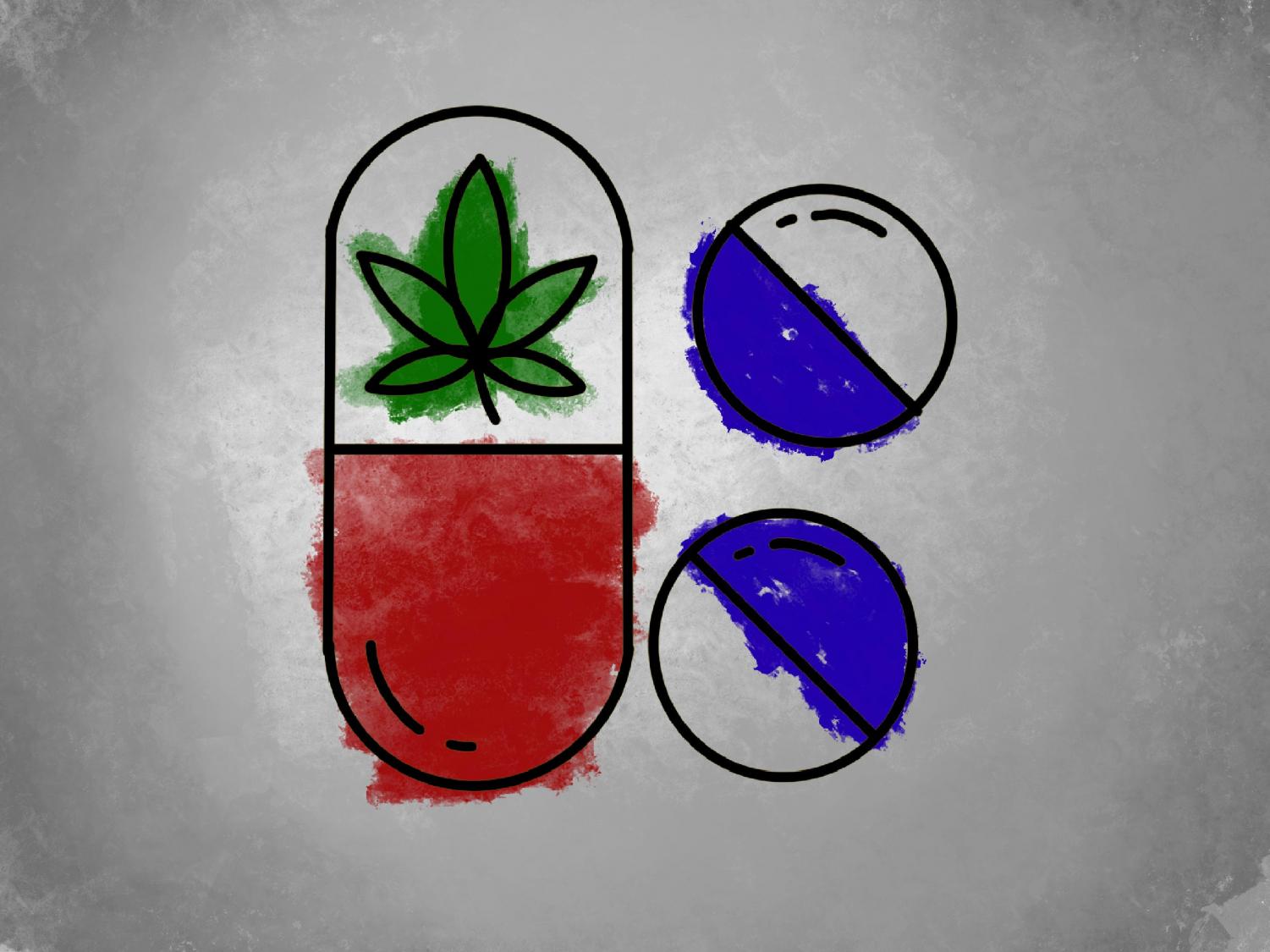 Now that marijuana is legalized in the state of Illinois, some adolescents have more casual exposure to the drug, and many wonder if the benefits their adult family some enjoy could also apply to them. (Kennedy Tetour / ProSymbols)

Now that marijuana is legalized in the state of Illinois, some adolescents have more casual exposure to the drug, and many wonder if the benefits their adult family some enjoy could also apply to them.

Despite its reputation and complicated legal questions, some evidence suggest medicinal marijuana can help adolescents cope with the conditions the debilitate them

18-year-old Alexa wakes in the middle of the night in a cold sweat. She was having a flashback from her traumatic childhood that would send shivers down anyone’s spine. It happened fairly often, sometimes in the form of nightmares, always shocking her to her core, even after all these years. She lay awake for a few hours until she dozed off, waking up just moments later to her alarm.

They were getting really bad again, and Alexa and her mom decided it was time to talk to her doctor about the possibility of medical marijuana — a possibility that still makes people wonder if it is healthy for children under the age of 18 to take a drug that, only a year ago, was illegal in the state of Illinois.

The law and its effects

In 2019, Illinois Governor JB Pritzker legalized marijuana for recreational use in Illinois, (age 21 and up), in addition to medical usage for those with a qualifying condition who are under age 21. Qualifying conditions include but are not limited to cancer, anorexia, post-taumatic stress disorder, (PTSD), as well as neuropathy, seizures, Autism, and Tourette’s Syndrome.

Yet, many people with these conditions do not realize they are eligible for use of medical marijuana, and furthermore, may not be aware of the benefits.

Medicinal cannabis is beneficial to use PTSD, for example, because it is largely under diagnosed in teenagers, and can be quite damaging. According to PTSDUnited.org, 7.7 percent of the world’s population will experience PTSD annually. The risk is two times higher for women to develop PTSD, and even higher for veterans, sexual assault victims, first responders, or survivors of abuse. This illness is often accompanied by flashbacks, poor self image, and turning to unhealthy coping skills. It also increases the risk of one becoming suicidal.

After identifying the risks and damage of a mental illness, such as PTSD, one can begin to explore alternative treatments such as medicinal marijuana.

On a personal level

There is much to be said for the benefits of medical marijuana to treat mental health issues. But what about in treating students of high school, or even college?

MCHS student (who requested we use the pseudonym Jerry Bird for this story) has a provisional medical license for medicinal marijuana. Bird uses their license to treat PTSD, anxiety, and chronic pain.

“I was originally prescribed codeine to treat my chronic pain, which led to a two year long battle of addiction and self harm,” says Bird. “Marijuana truly saved my life.”

It is not unusual for young people to suffer from anxiety, depression, PTSD, and other mental illnesses that can be disruptive to their everyday lives, affecting their attention spans, grades, motivation, and mood.

The science behind it

According to The Green Institute, medical marijuana can used for treatment by replenishing a system in the brain called the endocannabinoid system (ECS), which deals with certain neurotransmitters and receptors. Often what is found in people with mental illnesses such as PTSD, bipolar disorder, or depression, for example,  is that these neurotransmitters are suffering from deficiencies, which can be improved by using cannabis for treatment.

This is not to say that cannabis can permanently cure one of their mental illness. Moreover, The Green Institute argues it can be beneficial in making symptoms much more manageable.

Research shows us that, in patients with acute PTSD, the use of medical marijuana helped patients to sleep better, and with less disturbances such as insomnia or nightmares. It also helped to reduce flashbacks and anxiety and depression associated with the illness.

At MCHS, there are many resources for students who suffer from panic attacks, or who may just be having a bad day. According to Colleen Pawela, one of West Campus’s school nurses, students who visit the nurses office complaining of panic attacks are given some time to breathe, their vitals are then checked, and they are offered resources or taught breathing techniques.

Gregory Eiserman, Assistant Principal of West Campus, states that because of ‘Ashley’s Law,’ a law put in place in 2008, requiring schools in Illinois to accommodate students with a debilitating condition that would benefit from use of medicinal marijuana.

“Personally and professionally,” he says, “I am in support of anything that has been researched, reviewed, and approved that may help students be successful.”

If a teenager believes that medicinal marijuana could potentially be helpful to them in treating a qualifying condition from which they suffer, It could certainly be worth it to look into. Though the conversation with parents and medical professionals may be difficult they may be worth the work. What is most important is a child’s health and safety, especially when it comes to learning environments.