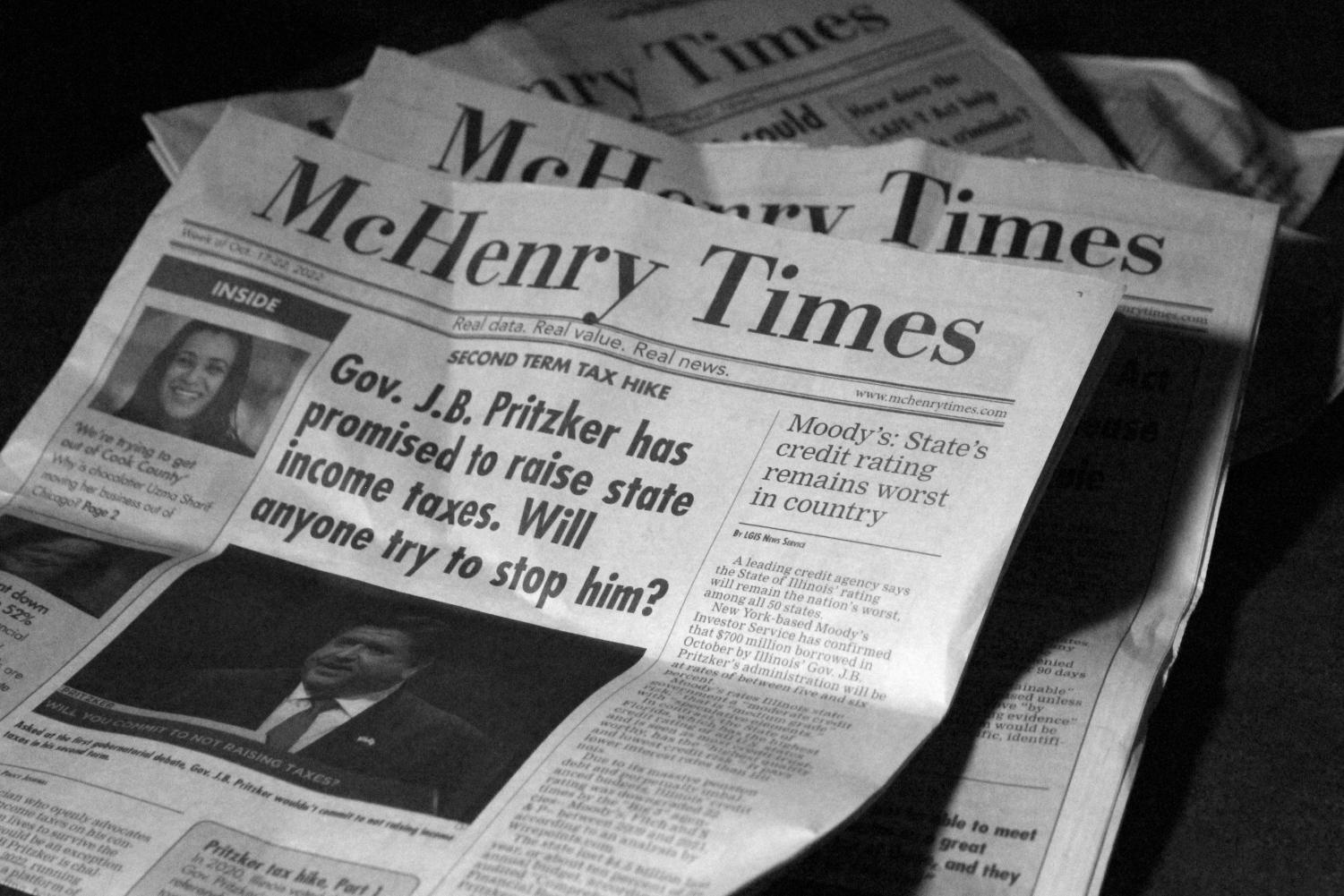 Leading up to the midterms election, people all across the state received political mailers disguised as newspapers. These mailers, including the McHenry Times, are intended to deceive the public into thinking it is real news. (Mackenzie Sroka)

Leading up to the midterms election, people all across the state received political mailers disguised as newspapers. These mailers, including the McHenry Times, are intended to deceive the public into thinking it is real news.

Recently, political newspapers like The McHenry Times have been popping up advertising “Real News” but, in actuality, are far from it

A newspaper falls onto a doorstep. The paper is full of facts and figures that aren’t exactly true despite the tagline of “Real data. Real value. Real news.” plastered over the front page. The door of a McHenry resident opens, eyes falling confused on the paper of their doorstep. They haven’t paid or subscribed to any newspaper. Now that they’re thinking about it, they’ve never heard of the “McHenry Times” until it appeared at their door.

Confusion has been spreading through Illinois towns like McHenry as these newspapers show up without payment or subscription. Though, this isn’t something that is happening to just McHenry residents. There are newspapers popping up in towns all over Illinois, all of the newspapers have the same content, from the tagline of the paper to the “legitimate” content within.

Laura Duclos is the Audience Engagement Editor at Mediawise, and she fact-checks news sources and makes sure information is accurate and unbiased. The goal of Mediawise is to inform citizens and help them practice and point out bias in news. “Pink Slime outlets harm communities,” Duclos says, “because they don’t adhere to acceptable journalistic standards.”

They’re causing harm by willfully putting false information into the world with the intent to sway readers into believing something that benefits the person/people behind the outlet.”

The term “pink slime” adheres to news outlets who are not independent and objective as well as have an ulterior motive behind their writing. These outlets, like the McHenry Times and the Lake County Gazette are biased with stories that are usually put together quickly and without regard to journalistic standards. These standards include the primary objective of all newspapers, which is to provide accurate and unbiased information in order to inform the community of what is happening around them.

The goal of pink slime outlets tend to be to try and manipulate or get readers to think a certain way, usually toward the thinking of the writers. These pink slime news outlets tend to be in more rural areas which are considered more vulnerable, therefore they are easier to sway in one direction or another. “They’re causing harm by willfully putting false information into the world with the intent to sway readers into believing something that benefits the person/people behind the outlet,” Duclos states.

They’re often not independent or objective and they may be trying to push a certain agenda. Pink Slime sites tend to have a slanted bias to try to manipulate and get readers to think a certain way, usually in a particular interest.

These papers were created for the purpose of pretending to inform the public but in actuality they were using people’s fear in order to push their agenda. Papers like the McHenry Times promote extreme right viewpoints by using information that is biased and misleading even though their advertisement is “Real Facts, Real Value, Real News.”

Olivia Vernooy, a Senior at MCHS as well as the Activism Club president states, “[these papers are] harmful because many people won’t look deeper or fact check that a paper is real if it claims to have ‘real facts’ and ‘real news.’”

What alarmed me the most is that [these papers] are more of what we are seeing that is tearing this country apart.”

Local Government Information Service or LGIS, the publisher for many newspapers including the McHenry Times, has a place on their website for people to leave their comments and concerns. On multiple occasions when the McHenry Messenger staff reached out to try to contact them and have their side of the story shared, they were greeted with an error message.

Both the McHenry Times and LGIS cut off all contact for the public to correct information that was poorly written, misinformed, or biased. Part of basic journalism standards is being transparent, open for public review and correcting information when it is wrong – whether it’s intentional or not. This shows that instead of being committed to spreading unbiased information to the public, the McHenry Times and similar sites are focused on spreading their agenda and viewpoints under the facade of “Real Facts.”

Looking down at the McHenry Times in their hands, eyebrows crease. They’d never seen this newspaper before today but even after skimming the paper it’s evident that it isn’t a real paper. Even under the facade of “Real Facts” after a quick skim for many it is easy to see one thing, that it is just an outlet to spread opinions and misinformation about their opposition.

View Comments (2)
About the Contributors 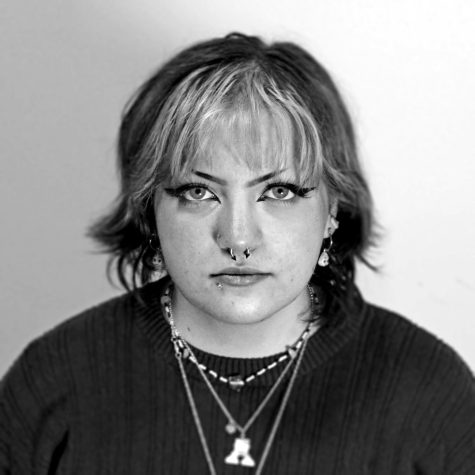 Alayna Majkrzak, Features Editor
Alayna Majkrzak is a senior at the MCHS's Upper Campus. She is a veteran staff member and enjoys playing "Among Us" with her friends. Alayna is a active member in choir and drama and likes to dye their hair. Their favorite part about writing for the Messenger is being able to voice their opinion and articulate how they feel. 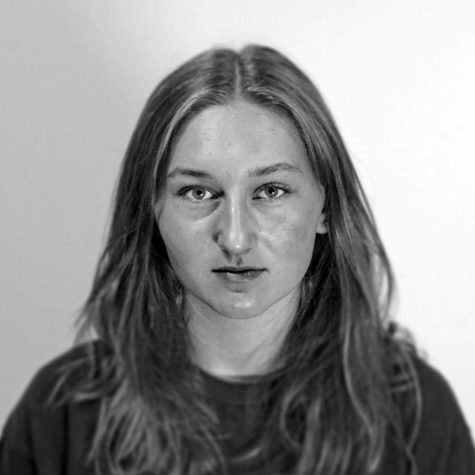